Welcome back to KeithMcD.com. It has been over three years since my last post and a considerable amount has changed in my life.

We’ve moved to Washington state and I’ve changed jobs twice – moving from Purdue to Amazon Web Services and then over to Oracle where I am very happy!

Our daughter has grown considerably and is now our “pink princess” as she likes to say! More about her on her site – kailixu.com.

I recently switched hosting providers and am rebooting this site as well. When I first started keithmcd.com in 2004, I was hosted with IXWebHosting. A few years ago they transferred all customer data to site5.com. It worked OK, but I’m now very happily hosted by NameCheap.com – the same company which I have transferred all my domains to.

Along with the new hosting provider comes a new desire to write more technical content for this site. Coming up soon will be a post about my home automation and related Docker setup. Other articles are in the works as well!

As promised, the winner of the recent Shutterfly Contest I held is being announced via this post.  As luck would have it though, I had received several codes but a family member ended up not wanting a code, so the other two entrants are both winners!  Everybody wins!  🙂

Congrats to Lori and Jaime and thanks to everyone for sharing your favorite holiday memory.  Thanks also as this was the first “contest” I’ve ever ran and although only three people posted, it was still fun!  Details and promotion codes have been sent to the winners via email. 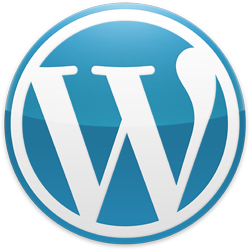 Yesterday I spent most the day configuring WordPress MultiSite. This is a feature that the WordPress team introduced in version 3.0 and expanded upon in version 3.1. This allows me to basically run my own blogging service – similar to WordPress.com or Blogger.

So, I now can run my own blogging service – what is the benefit of doing this? I have no current plans to offer keithmcd.com blogs, however the benefit I have in doing this is that I can now manage all the sites my family has under one global umbrella.

However, last night, I found that after I had already migrated three other sites to the new platform, my main site (KeithMcD.com), was exhibiting some oddities in the blog posts. A “Â” was showing up at somewhat-random places in all posts regardless of how far back I went, but was not showing up in the database itself. However, new posts I created to test had no such characters shown. It turns out this was a remnant of my early WordPress days.

Back in the days before WordPress 2.1.3, the database used latin1_swedish_ci collation for whatever reason. As such, my blog was using that for all tables created at that time onward. Any new blogs I created were created with later versions and as such, were created with utf8_general_ci, so did not have this issue. So, now that I knew what was going wrong, how to fix this?

First, you have to take a complete backup of all the affected tables. After I had a dump of those tables, I simply edited the CHARSET which is used by those tables and re-imported the tables. My dump included drop statements so the tables were dropped then recreated immediately which would minimize any issues from random WordPress tables in a production environment just suddenly going missing. However, this didn’t quite fix it. It made the “Â” visible in the database table. Next, I had to run the following SQL statement which replaced the “Â” with nothing and cleared up this issue.

I haven’t checked other tables to see if they are effected as well, but this resolves the user-visible items at the very least.

So, with those issues fixed I can now shift my attention to migrating two remaining sites and fixing any issues which may crop up from those as well.

This brings me to a minor topic which is this: the KeithMcD logo is in dire need of a refresh.  Have any ideas or design suggestions?  Currently there isn’t much of a logo – it is really just the favicon which is pretty bad and lacks any design at all.

Yesterday WordPress, the software which powers this and other sites that I host and support, updated to version 3.1.

I have upgraded this site and am playing around with some of the new/updated features.  As such, a few very minor changes will be coming up.  I will also be tweaking the theme some and trying to make it a bit more fluid in its appearance.

A few things for the new year: