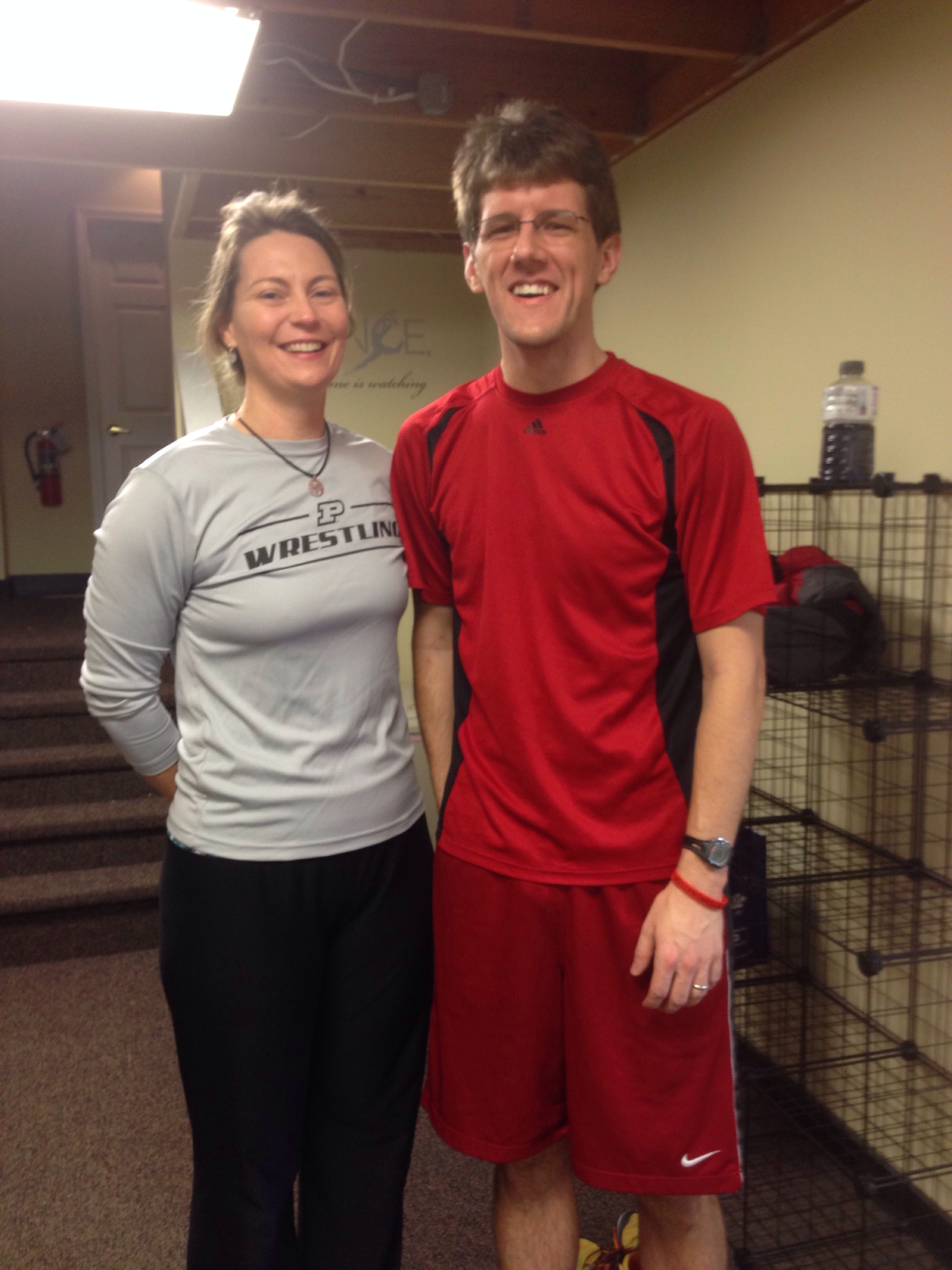 This morning at 6AM I went to my fourth PowerHour workout session. This is a one-hour workout that is pretty much non-stop and really pushes you. Cindy Cox, the instructor, makes sure to push you while also making sure your form is correct while providing constant encouragement.

Due to some pretty severe weather this week in the area, the schedule for the past week follows:
Saturday 8AM
Wednesday 6AM
Thursday 7:10PM
Friday 6AM

I am pretty sore after and am quickly finding out how weak my core is. My arms and abs are definitely not able to support my body weight yet but with enough work I will get there.

As Cindy says, you’re not in competition with anyone but yourself. And I’ll try my best to do better than the me from yesterday!

Well, I’ve decided after going to the gym this last Friday that I can’t keep going only once every two or three weeks.  I purchased a membership to the Purdue Recreation Center last year and have only been there about four or five times in about five months, which is pathetic.

To that end, I’ve put it into my brain that although I’d rather go to the gym with Justin, that that’s an unrealistic expectation given our different schedules.  Tonight was the first night that I went to the gym sans Asian dude, Justin.  First, I had to figure out where the bus went tonight (Black Loop) to see if I’d be able to take it instead of driving and having to find somewhere to park.  I found that the Black Loop stopped fairly close to our apartment but it was pretty close to the time so I threw my stuff in a bag and started for the stop.  As I was getting closer I started running as I wasn’t sure if I missed it.  I ended up nearly missing the bus but it was almost there when I got to the stop.

Once I got to the gym, I found a locker and changed into my gym clothes then went down to the Colby Fitness Center on the lower level.  I first did fifteen minutes on the treadmill, then looked around for something with weights to do.  I’m usually self-conscious about this for some reason since I can’t do what the other guys there can do.  Plus, most of them look nearly perfect and as though they don’t really need to even be there. 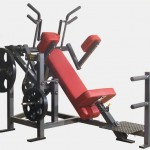 I ended up going to do the ab-plate machine first.  Last Friday when I did this one I nearly died because I don’t really have much physical movement.  This one is pretty tough on the abs so in the beginning it feels good, but then gets harder.  After doing several reps (I do 12 motions per rep for all machines) it doesn’t feel too bad anymore.  However, it’s how you feel afterward that really gets you.  Friday I wasn’t too bad but Saturday night and most of Sunday both Justin and I were pretty sore.  Last Friday I did three reps (36) of 45lbs.  Tonight I pushed myself a bit further and did 8 1/3 (100) of 45lbs.  I know I’ll be sore but it’ll be worth it. 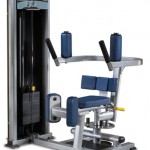 After I got done with that machine, I next went to the Paramount Rotary Torso.  It looks a little different than the one in the picture, but it’s the closest I could find so, it works.  With this one, you adjust the top section to varying degrees of left or right via a knob on the back of the machine.  After selecting your weight (I did 60 lbs), you brace yourself with your legs and rotate your whole torso with the machine.  I first did four sets of twelve working the left side of my torso and then switched to doing four sets of twelve of the right side of my torso.  It also seems to work the arms some as it does require a decent amount of force to get going.  This ended up bringing me up to 96 total for this machine.

I then went and tried the rowing machine, which I’ve done in the past.  Previously I’ve selected a 2km workout plan, but tonight I was only able to do 500m as I was getting tired from what I’d already done.  I hope to eventually be able to work out longer, but since it’s the beginning, I don’t want to kill myself just yet.

Last, I went to the top level of the center to the running track.  It overlooks a large gym that is split into four sections via huge curtains so while running you see many other people below playing various sports (badminton, volleyball, basketball).  As I had pushed myself hard earlier, I was only able to run two laps, then walked one to cool down.  With the size of this particular track, it states that 9.3 laps is one mile.

Afterwards, finish off with a nice long shower, get dressed, catch the bus, and take a short walk home.  Sounds like a pretty good way to finish the night.  Certainly better than wasting it away online.

To conclude, this is definitely something that I’ll be doing consistently now.  I’ve now set a schedule for myself of every Sunday, Tuesday and Friday I’ll be going to the gym.  I may add in another day later, but I think three days a week with an hour each day is not bad at all.  Throw in some Wii Fit on the off days and that’s a good rounded workout plan!