About a month ago when Jaime was here she straightened my hair just to show me what it would look like. I liked the look although Justin thought my hair looked girly.

Last week, the hair straightener I bought arrived from Amazon.

Today, I started off with hair that looked like this. 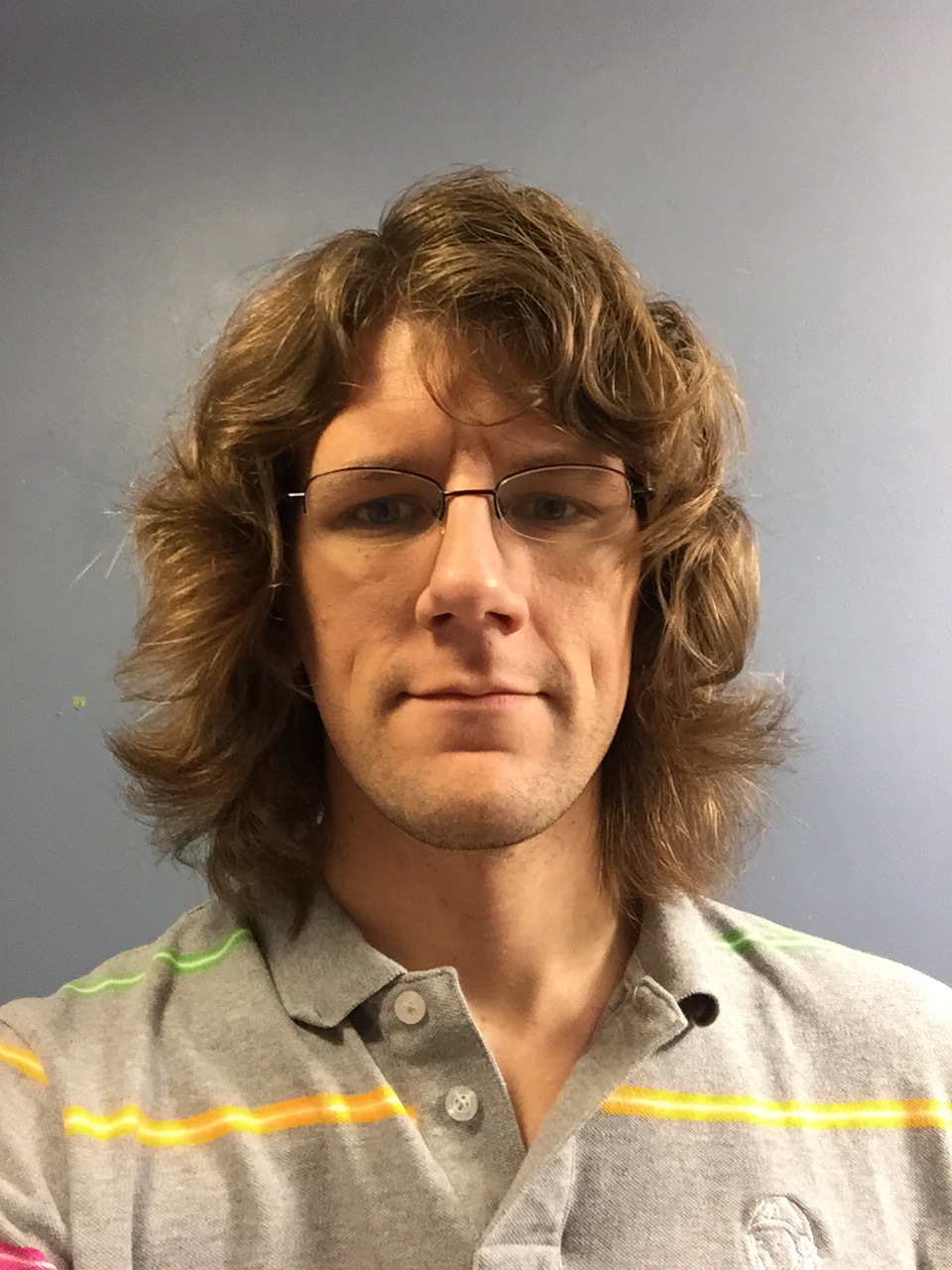 I didn’t use any product today and just let my hair air dry. After lunch I went upstairs and bravely tried to do my first solo hair straightening session!

I think the results are pretty good! 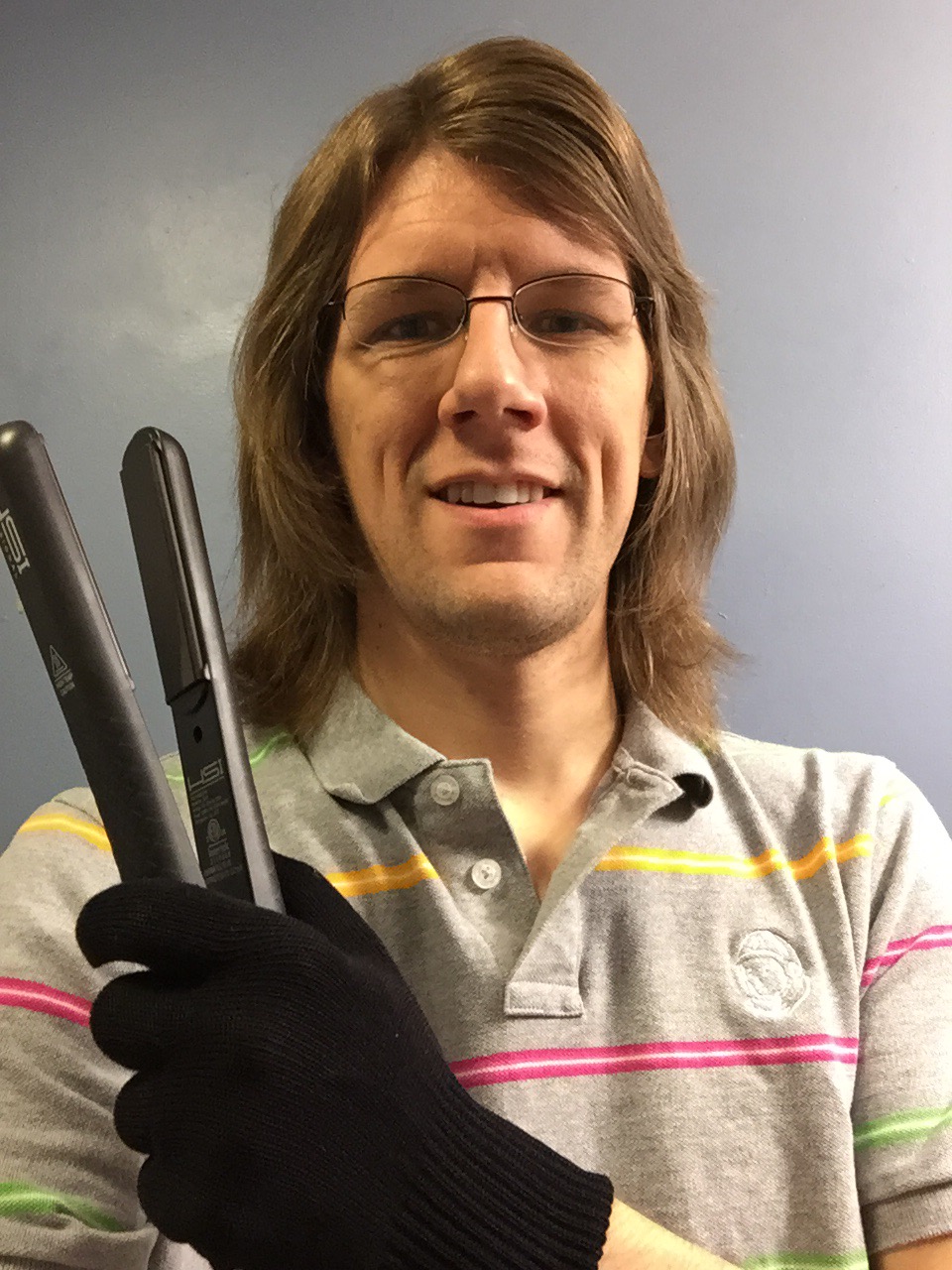 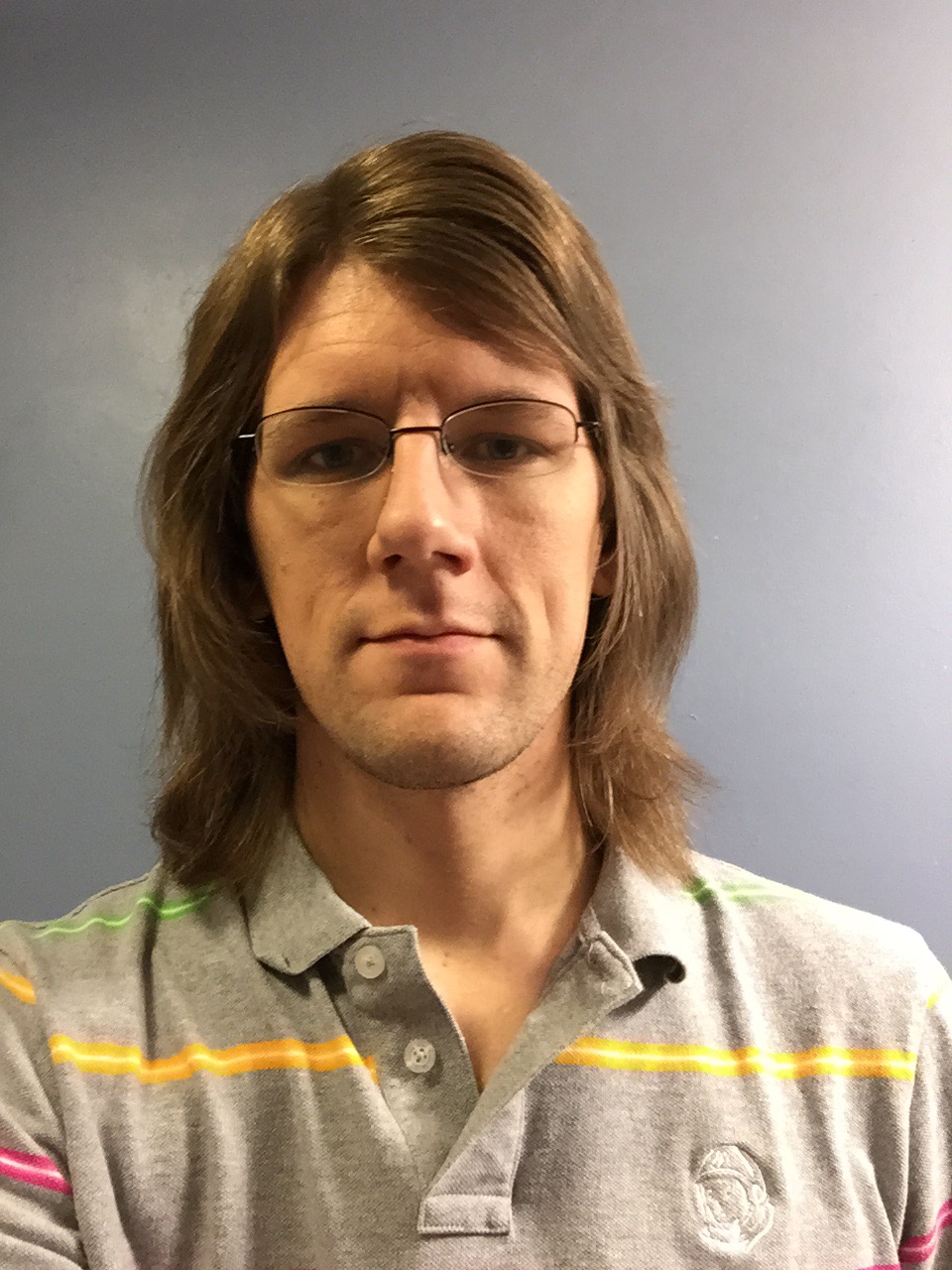 I’ve got some more learning to develop technique and speed, but I think it’s a solid first go!

Today I decided that I was kinda sick of the long hair.  So, I chopped it all off.  That is all. 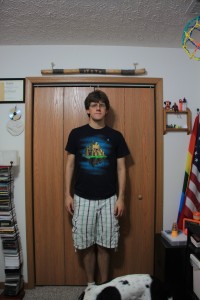 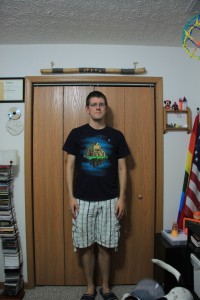 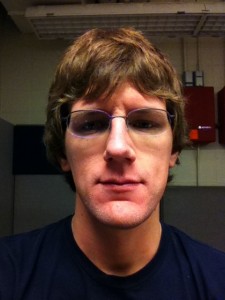 This past Sunday, I finally got a haircut.  The last haircut I got was in late December of 2010.  Since that time I’ve simply been letting it grow and grow and grow.  Although I have really gotten used to having the longer hair, it was really just too thick with the summer heat.

While it doesn’t really look shorter, it was thinned out a lot and feels a lot lighter now.  I had gone to Sport Clips per Justin’s suggestion since he had a free haircut before through them.  Although I couldn’t care less about the sports shows on the TVs, I did really enjoy the shampoo, mini-neck massage, conditioner and just overall experience.  Definitely was worth the extra money.  I told the woman who cut my hair that I haven’t had anyone wash/shampoo it for me since I was a kid and we used to get our haircut at a little local shop.  Justin pointed out later that I did actually get that done when we went to China, which they indeed did do.

In January of this year I started taking Isotretinoin (commonly known as Accutane).  I knew from the start that I would have dry skin and that has certainly been the case.  Since my dosage was recently increased from 40mg per day to 60mg dryness has increased again with some side effects that I wasn’t expecting.

One side-effect that I’m enjoying is that because of my dry skin I also have dry hair.  Normally my hair gets oily and needs to be kept fairly short or else it make my face more oily than it normally already is.  However, with a very sharp decrease in oil production thanks to this medication, that’s no longer a problem – at least not for almost three more months or so.

Because of this, I have been experimenting with longer hair.  I last had it cut at the end of December 2010 and haven’t had it cut, styled, anything since then.  Now that it’s grown to be pretty long, for me, I’ve been starting to get compliments that it looks good on me.  It’s weird feeling hair covering my ears but I’ve started to get used to it and do like it as well.  The title for this post is inspired by Jaime who noted that it was a “sophisticated surfer” look with the long hair and the shirt pictured.

Another side effect that I’m on the fence about whether I like it or not is that I have to shave much more often now.  Previously I would shave once every 4 days or so.  It would get kinda scruffy, but wasn’t really a problem.  Now, if I go two days my skin gets very bad around the hair follicles.  Within the past few weeks I’ve noticed that even every two days may not be enough as I think I’ll need to start shaving every day.  While that’s very annoying, it does make my hair look better!