There has been a lot of talk recently about the new iPad and how good the screen is.  As someone who has had the iPad 2 for a while and is now a new iPad owner, the difference is subtle but quite nice.  Everything is crisp and much easier to read.  Graphics have no visible pixels.  It is similar to having changed from the iPhone 3GS to iPhone 4 (or iPhone 4S).  Having said that, there are a few times so far where the higher-res screen isn’t nice.  Like looking at those wallpapers I’d downloaded previously that are now pixellated, or looking at apps that haven’t yet migrated to the new Retina display.  However, these are minor and the pros outweigh the cons.

So, how clear is the new screen?  Well it’s really not something you can actually tell via a picture of them side by side – you really have to see it in person.  However, the images below should help to give a perspective.  The images below are of the first 250 pixel x 250 pixel block of the screen.  First is the iPad 2, second is the new iPad. 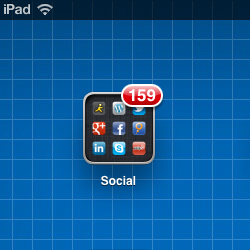 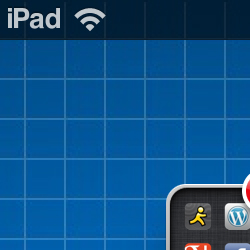 As my wallpaper is a grid you can easily tell it is four times the size of the original (double in both the x and y axis equates to four times) iPad and iPad2 resolutions.